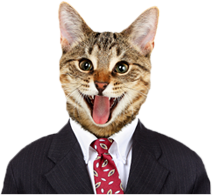 Ancient Greece played an important role in the development of the world. There are still echoes of ancient Greek civilization in our lives, such as doctors taking the Hippocratic Oath! Many words come from the Greek language, and many sciences originated in Greece. This civilization was famous for its outstanding philosophers, scientists, writers, politicians, generals, and other personalities.

#1. What was the capital of Ancient Greece called?

#2. What was the form of state (city-state) called in Ancient Greece?

#3. In what year did Ancient Greece become Roman?

#4. What was the name of the chief god in the pantheon of Greek gods?

#5. Who is considered the first philosopher, astronomer, and mathematician in Ancient Greece?

#6. Which of these wonders of the world was located in Ancient Greece?

#7. How many muses were there in Greek mythology?

#8. Which state did Alexander the Great's army never reach?

#12. What is the translation of the word "Eureka!" that Archimedes shouted when he discovered it?